I arrived yesterday afternoon to Istanbul, Turkey. Wow was my first impression! 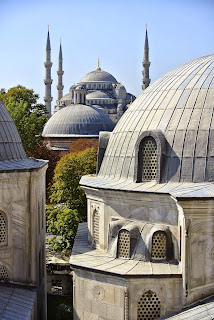 Why here you ask? It has been on my "bucket list" for years now. Any pictures I've seen of this city have captured my imagination and I knew one day I would have to explore this part of the world. The beautiful mosques, ancient history and varied culture has interested me for some time and I am so glad I have found my way here.

Today I visited Hagia Sophia, a former Greek Orthodox Church, later an Imperial Mosque and now a museum.  From 1204 to 1261 it was also a Roman Catholic Cathedral under the Latin Empire. 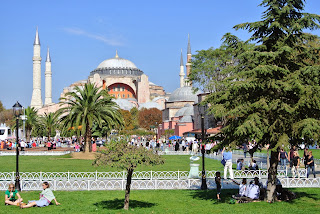 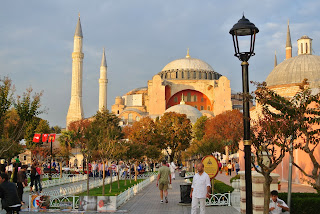 The interior was impressive with vaulted ceilings and bejewelled mosaics now restored to their former beauty but what captivated me the most were the marble floors. Ancient doorways worn from many feet treading on them for centuries. Incredible! 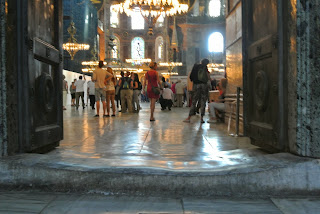 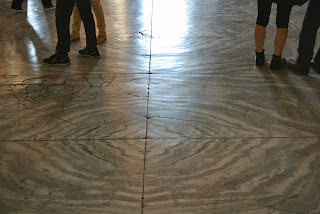 My tour guide pointed out the floor. The marble slabs were sliced and perfectly matched from the same piece. Amazing to think this was built before modern equipment and is still being enjoyed today.

I can't help but wonder about the many thousands of people who have passed by these doors. What was their story? Did they travel far like I have or live just around the corner?

People from all walks of life have come to see this beautiful space and now too, a Canadian named Connie.

Posted by Connie Cuthbertson at 12:56 PM