After getting to know some of the residents in Lindos they saw I was very interested in painting the old buildings and natural landscape. They would recommend places for me to explore away from the main tourist areas. Great!!

A windmill ruin and the Kleoboulos tomb were places I was told to check out. These were located on a peninsula of land across from the main harbour of Lindos. To get there I was told to follow a small trail behind some buildings at the far end of the main beach. I was to start climbing up the "trail" but the problem was I couldn't find it at all with only rocky piles in my view. Not quite what I had envisioned. I thought if I just continued toward the windmill direction it would become easier. Nope. Plan b...I stopped when I could see the rocks becoming even steeper than before, backtracked a bit, then headed higher up the hill. This was the best idea as I soon found the path and it was much easier going after that! 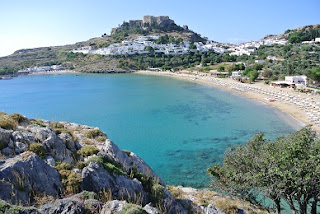 Lindos view from the rocky "path" 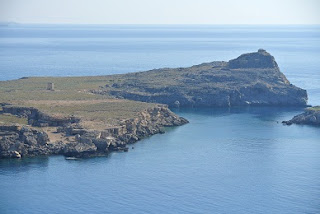 View of  the windmill and tomb from the path

The trail on the way there followed along the top of a cliff which offered the most incredible views of the windmill (small circular structure on the left side) and the tomb of Greek philosopher Kleoboulos (more of a tribute as he's not buried there) This is at the furthest and highest point. 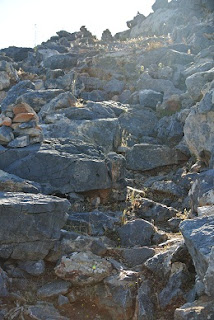 Rocky "path" up to the tomb. 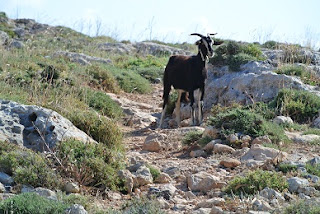 After waiting periodically for goats and sheep to pass I made it to the top. 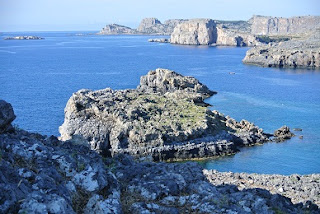 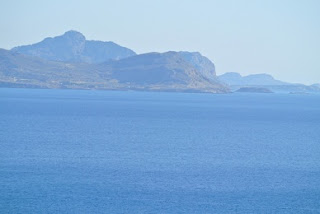 I could see forever. It was so peaceful and absolutely beautiful!

I have included some sketches of my hike there. 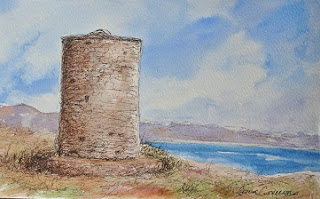 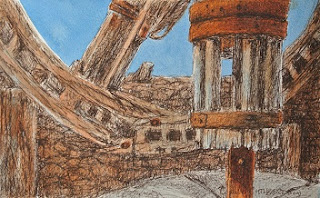 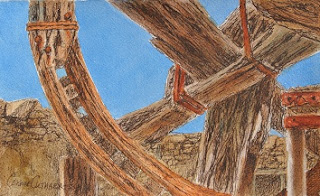 Inside the Windmill - 2
I fell in love with this old windmill and know I will be painting it for years to come ~
Posted by Connie Cuthbertson at 1:12 PM